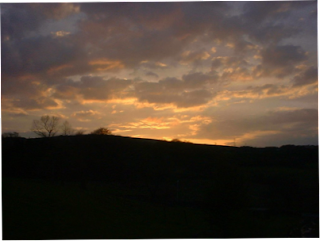 A smoking maelstrom, the aftermath of the morning after the night before. Metal twisted into metal, bone ripped savagely from flesh. A nightmare lain bare, from which few could have been lucky to walk away from.

The battle was over, and now the fires in the hulks that had been machines twisted out of recognition, began to wane, the towers of smoke that had climbed like sturdy pillars into the blue haze of the heated desert sky beginning to dissipate and fade.

From across the battlefield came the lone survivor, the last great man to have stood and not fallen. He was a stranger in the ranks of the comrades who had lain down their lives. A solitary survivor, standing tall, but not so proud in the aftermath - the man who has braved the storm and lived, but forever will be changed by the experience. He never stopped in his stride to check the solemn charred corpses. There had been no cries of the terminally wounded for more than four hours and anyway, most that had begged for mercy from the fields of blood had been slain cold-heatedly and outright by a force victorious and alien, holding a set of values that man might justifiably fear.

How this one had survived was a mystery, and might remain so forever more. Just how he had come to live through it all would be much a mystery to the man too. How they had passed his body by, in the upturned wreck of what had once been a fighting dune tank would never be known. The two other crewmembers, flung free in the impact and left sprawled across the sand, had received no mercy. And yet those creatures had never given the vehicle more than a cursory glance.

Hidden in the shadows of the hold, his only fear would be whether the fires that sprang from stray ordnance would take hold of the débris, but these fears too would be to none. Eventually the enemy would be gone, the winners of the day, and he was free to emerge unscathed miraculously into the New World that was to be his hell reborn.
Posted by Jennyemily at 11:17